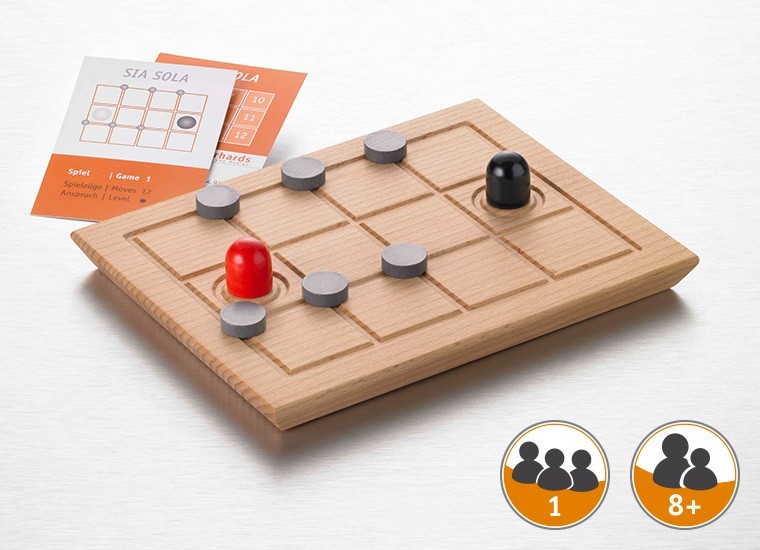 A logical and logistic challenge for Solitaire players
by Oliver Schaudt

"The entrance to a harbour is generally marked with rows of floating buoys. Depending in which direction a Ship is travelling, it either passes by the green boys on the left hand side and the red ones on the right or the opposite way around.
The ship should however not sail through two boys of the same colour.
Try to imagine two different coloured boys changing places with each other after the ship has passed by".

This is the idea of SIA SOLA

The game has 32 cards with pre-determined starting positions.They show the minimum amount of necessary moves and the level of difficulty. Even when you can't figure it out, the solutions are always at hand.

The fascination of this Solitaire game is not just to find one sole solution but 32 different one's.The comprehensive starting positions also present a demanding challenge to the player

Warning! Not suitable for children under 36 months. Choking hazard!

SIA SOLA
• Board made of solid oiled beechwood
• Pieces made of lacquered wood, 32 Cards with starting positions