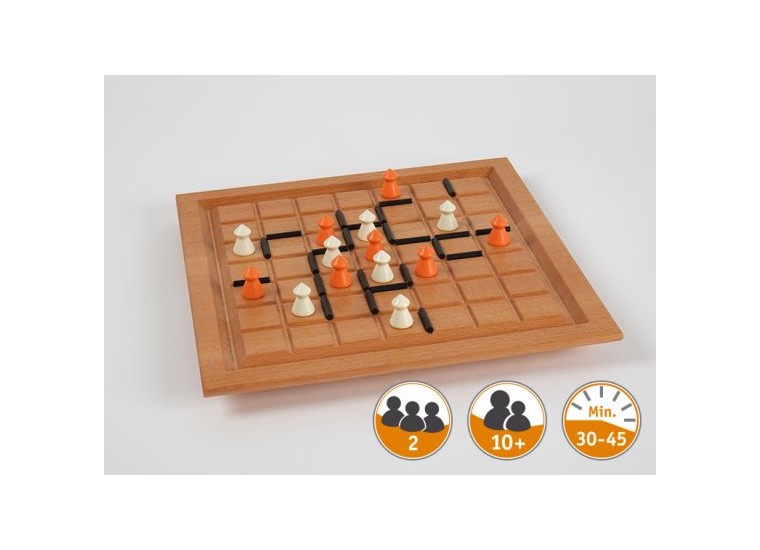 The game is played on a 7-x-7 board with 49 spaces overall. In the beginning, the board is empty except for two pawns standing on opposite sides. You move the pawns in a straight line, but are also allowed one right angle turn. After that, you put a stick in a groove adjacent to the pawn you just moved.
On each turn, you have the option of moving a pawn that is already on the board and/or marking a boundary, or placing a new pawn.

In FENDO, there is always only one open area that may contain several pawns and any number of boundary sticks, and separated, enclosed areas with exactly one pawn in each. In the end, each player counts and scores for the squares of the enclosed areas in which he has a pawn.

The new game by the Mensa Award winner allows ingenious moves, in which it often happens that a player who thought to be safe can still suffer a turn-around.