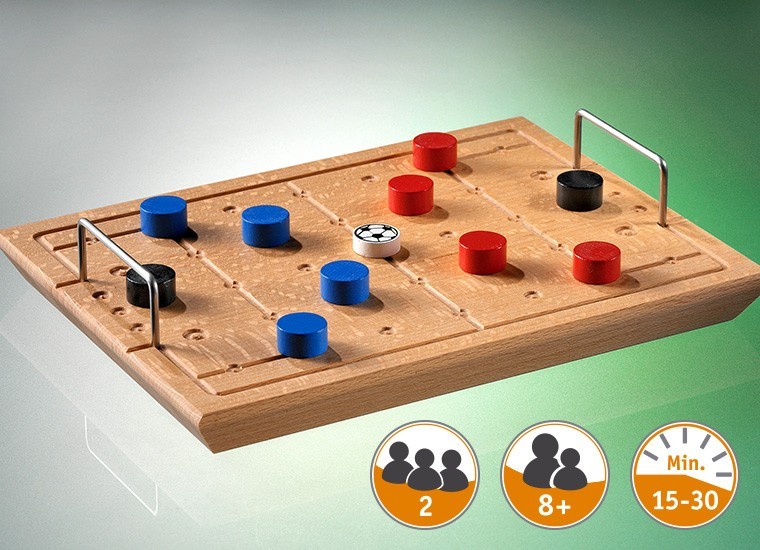 A game with long crosses, great passes and tactical movement. Which player will score his third goal first and win the match.

Kick-it is a tactical football game that requires the players to use their brains rather than their legs.

The team in possession has two options of moving with the ball - the opposing team not in possession have three possibilities to move about. Possession can be obtained at any time by jumping over an opponent's player. At the end of every movement, the ball can be played to as many of your own players as you like - but preferably directly into the goal mouth.

Kick it is played in lines - whether jumping, passing the ball or placing the players in different positions, it is important to take the whole of the pitch into consideration.

Warning: Not suitable for children under 36 months! Choking Hazard!

for 2 players from 8 years up