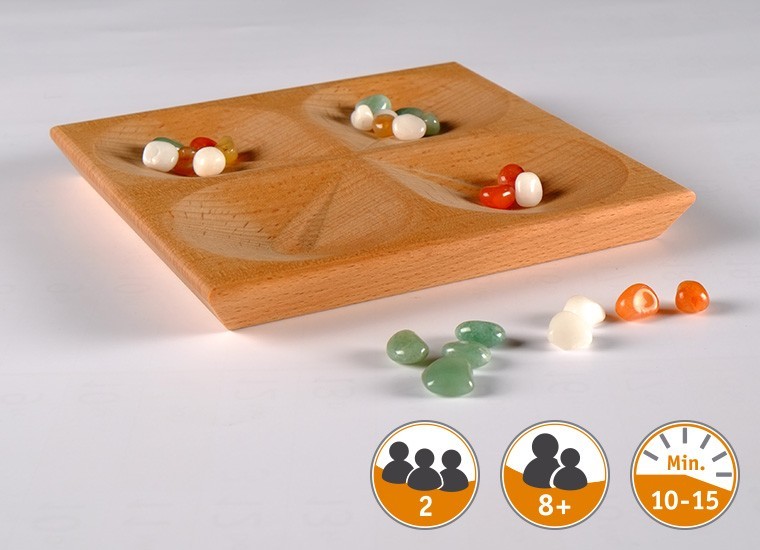 Here you may even con your opponent –
but don't let him catch you at it!

This little game has almost become one of our classics. It has been part of our product line since 2005; and now, it has gotten a facelift. The shape of the four hollows is reminiscent of a blossom; so, along with the semi-precious stones, it is really an eye-catcher.

The game rules sound pretty simple, but it's not always that easy to master.
The two players alternate in putting 1, 2 or 3 stones in one of the hollows. Throughout the game, the four hollows may neither contain the same overall number of stones nor the same number of stones of the same color.

The player who forces his opponent to place the last stone wins the game.
...and then, there’s always the option of playing a con by making a "mistake" on purpose…

Warning: Not suitable for children under 36 months! Choking hazard!