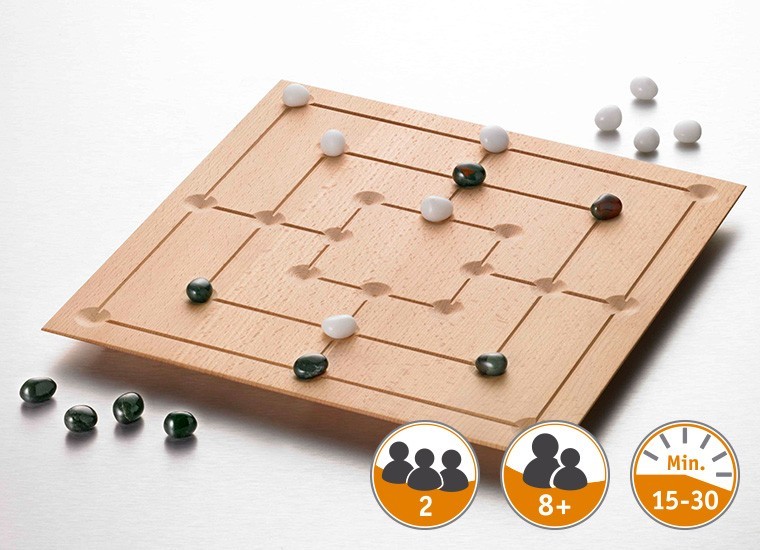 One of the world's oldest board games

When opening a Grave Mound in the 19th century in Gokstad, Norway, a Viking ship was discovered that was more than 1000 years old - a tomb for a King.
Somebody had also laid a Nine Men's Morris board, carved out of ebony, into his grave along with him.

The traditional Nine Men's Morris game is one the oldest in the world. We have reintroduced this fine classic game.

Warning! Not suitable for children under 36 months. Small parts can be swallowed!

for 2 players from 8 years up