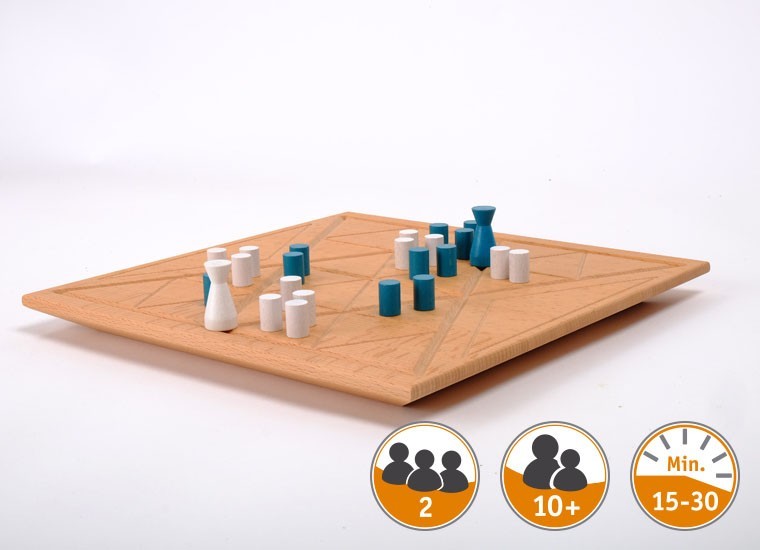 Majority is all that matters!

The entire playing surface consists of triangular spaces; every four of them form an area.

Each player has one game figure and 18 markers. The game figures move along the lines and land on unoccupied intersections. After your move, you may place markers in an adjacent triangle – exactly as many markers as the number of steps you made and always only in one triangle.

So far, this seems pretty easy to manage. But after that, you may exchange opposing markers for your own. This changes the majorities within the areas very quickly, and therefore you won’t be able to determine the winner until shortly before the game's conclusion.

In the end, only the majority of markers per area counts. Until then, players fight for each triangle, and ownership changes constantly.

25 x 25 cm gameboard, made of solid beechwood treated with protective oils
2 game figures, each in its own color
18 x 2 cylinders (markers) matching the colors of the game figures